The Tobacco Industry vs the Electronic Cigarette

Finally ... a product has arrived that is a reasonable and completely viable option for smokers. In fact, the Electronic Cigarette, Pipes and Cigars are products that the consumer has already accepted and embraced over the course of the last few years, until of course ... the FDA stepped in. I have to admit that I was lulled into a false sense of security and complacency by the years of empty promises regarding safer tobacco products ... duped into believing that my health and welfare were being taken into consideration by the major players in the game. However, due to the recent events leading up to the electronic cigarette controversy ... I started to wonder and as a result ... I have gone over the test results, read through the Safety Reports, mulled over each objection one by one and now ask one question ... What on earth are they thinking?

The Electronic Cigarette Association asks, "What if there were an alternative to smoking?"

Video courtesy of the ECA
In 2004 China began production of a product called the electronic cigarette, aka the e-cig or e-smoke. It was invented and designed by Hon Lik. They closely imitate traditional smoking since they taste, look and also feel like a regular cigarette. When "smoking" the e-cigarette ... inhaling produces both the tactile and craving satisfactions which the traditional smoker seeks and generates a vaporizing process that releases a harmless vapor mist that evaporates into the air within just a few seconds.

Since the introduction of this product to the consumer marketplace, a number of new companies around the world, have started producing them in order to take advantage of the overwhelming positive response being generated by the consumer. I believe that ... if given the opportunity ... the electronic cigarette is ultimately set to dominate all other nicotine related products which have been introduced to the marketplace through the years and could very well be a cleaner, greener viable alternative to smoking. As such, this product also stands to divert a huge portion of the yearly tobacco profits our Governments see and could very well overtake the tobacco industry ... a market that has never really been challenged before.

On July 22 2009, the FDA solved that problem, by banning the use of the electronic cigarette, based on issues regarding cancer causing agents they claim are contained in the products and another problem regarding the fact that some of the products offer a choice of flavor. If you missed it, please take the time to read their "Smoke and Mirrors" release. In actuality, the tests performed, equated the electronic cigarettes to the other non-tobacco, nicotine based products which have already been approved and are in the marketplace at this time. For more information, please read both the Carcinogen Information and the Nitrosamine Levels pages.


The FDA stated that the electronic cigarette products contained detectable levels of known carcinogens and toxic chemicals to which users could potentially be exposed. I feel that it is important to point out that these potential carcinogens the FDA found in the tested samples, are also found in many products consumed on a daily basis worldwide, including beer, bacon, fish, pickles and some meats and cheeses. They are found in electronic cigarettes because the nicotine used is extracted from tobacco and you can see from the chart below, exactly what the comparisons are.

These tests, and I will refer to Table 1. page 4 of the FDA report, actually showed that nitrosamines were not detected in the majority of the samples tested and the results of Dr. Michael Siegels research show levels as follows ... Electronic Cigarette - 8.183 (this is a decimal point) versus Tobacco Product - 7,450 (this is not a decimal point) I figured I'd be kind and go with one of the less toxic brands. The information for the Canadian brands was found in the Canadian Cigarette Data 2004 report.

These numbers based on scientific findings showed the following:

The concerns with regards to the flavorings offered are equally baseless, since they have already approved the sale of other flavored nicotine products such as lozenges and gum. It was however felt, that the flavored electronic cigarette could be a "gateway", to smoking the real thing. Perhaps they overlooked the fact that "enticingly flavored nicotine gum" is an approved product that is readily available in many stores around the world ... odd ... since gum, is a product that has always been traditionally aimed at our children, but yet these products managed to slip past the watchful, ever vigilant eyes of the powers that be. Perhaps this was a deliberate and unscrupulous marketing tactic by the nicotine gum and lozenge manufacturers, aimed at tricking our children into a lifelong addiction to gum and lozenges ... although it is much more likely that the flavoring was added simply to mask the unpleasant nicotine taste.

Please feel free to read all the reports within this site and you will also realize that things, are not as they would have you believe and quite frankly, I can not believe the absolute indifference shown by our Government Officials, Health Canada and other Health Agencies worldwide, the FDA and all the so called Human Rights Activists. Based on the available information, I believe the electronic cigarette is no more dangerous to our health than any of the nicotine based products that have already been approved. I have supplied readily available reports and findings throughout this site and invite you to check them for yourself. You will no doubt be as astonished, mystified and angered as I was. Although the electronic cigarette is comparable to many approved nicotine replacement aids already on the market, these products were pulled from shelves and banned at our borders. However ... the tobacco products that have been killing the consumers for decades, still flow unabated into the marketplace and will no doubt continue to do so.

In a sharply worded decision, U.S. District Judge Richard Leon scolded the Food and Drug Administration for trying to assert jurisdiction over the cigarettes, which are battery-powered or rechargeable devices that vaporize a liquid nicotine solution.

"This case appears to be yet another example of FDA's aggressive efforts to regulate recreational tobacco products as drugs or devices," he said in granting an injunction barring the FDA from regulating the cigarettes as a drug-device combination.

E-cigarettes were first made in China and are sold mostly on the Internet. The battery-powered devices work by a emitting a "puff" or fine mist of nicotine in the lungs.

A law passed last year gave the FDA power over regular cigarettes and other tobacco products. But while e-cigarettes contain nicotine, they do not contain tobacco and are not subject to the new oversight.

But FDA maintains it has control over the products because they aim to treat people suffering from nicotine withdrawal, making them a combination drug and device -- two things the agency has regulated for years.

A company that imports the electronic cigarettes, Smoking Everywhere Inc., had two shipments detained by the agency in late 2008 because they were not FDA approved.

The FDA later barred the importation of electronic cigarettes and their components by three Chinese companies. The FDA also denied entry to more than 35 shipments from 20 other manufacturers, according to the court ruling.

Smoking Everywhere and another manufacturer asked the court to bar the FDA from refusing entry to their products and regulating them, which Leon agreed to do.

The court noted that the other company in the case, NJOY, labeled its products with a disclaimer that they were not for smoking cessation. On its website, NJOY says one main reason people use the product is that it produces no smoke and can be used in some places where smoking is prohibited.

Smoking Everywhere said in its original complaint last year that it had imported and sold more than 600,000 electronic cigarette kits.

A lawyer representing the companies said that he expected the FDA to appeal the decision, although he argued the judge anticipated many of the arguments the agency could make.

"It's going to be difficult for the FDA to get Judge Leon reversed," said the lawyer, Kip Schwartz of Thompson Hine LLP. "But that won't stop them."

The agency has said it is worried about safety issues and last year warned that some samples it tested contained carcinogens and toxic chemicals. The World Health Organization has also warned against their use, saying there was no evidence to prove they were safe or helped smokers break the habit.

The Campaign for Tobacco-Free Kids and other consumer advocacy groups blasted the ruling, saying it put U.S. consumers at risk.

"This is a misguided and mind-boggling decision by the court," said National Research Center for Women & Families President Diana Zuckerman. "Nicotine is an addictive drug, and therefore e-cigarettes are a drug delivery system."

You can find the original article here

Read more on the "Vapor & the Law" page.

The FDA versus the Electronic Cigarette

What's in a cigarette? Tobacco companies blend hundreds of additives into their products. 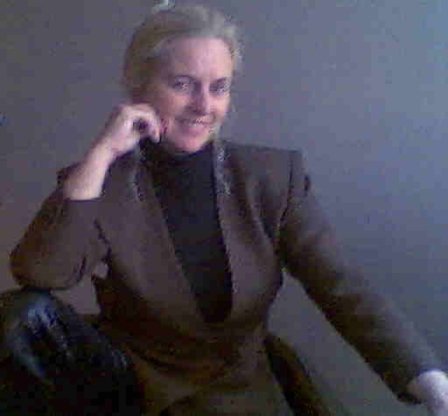 Quote of the Day

Oops! This site has expired.

If you are the site owner, please renew your premium subscription or contact support.